Over the 20 years of time period, since Miss Nepal beauty contest has started from 1994. There have been numerous occasions when the public has disagreed with the judges choice as the winner. Miss Nepal and controversy has always been going hand in hand and here is some of the most controversial Miss Nepals that we are going to list below. 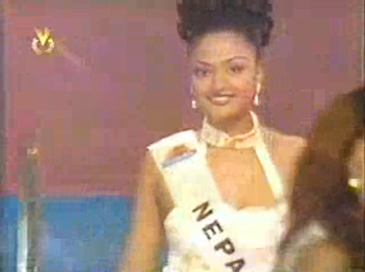 Miss Nepal 1998 - Jyoti Pradhan. Our dusky beauty from Kathmandu who stood tall at the height at 5 feet 8 inches tall won the hearts of Nepali audience during Miss Nepal 1998 contest. However once she landed in Seychelles, for the Miss World 1998 contest things took turns as after the pageant contest was completed. Jyoti was nowhere to be seen as she left for a flight to America and has never returned back to Nepal. Hidden Treasure organsiation were furious of her actions as she didn't manage to fulfill her duties as Miss Nepal, 1st runner up Niru Shrestha was then handed as the new Miss Nepal 1998 and finished the reign.

Miss Nepal 2000 - Nepalese Feminist party has always been opposed to beauty contest and Miss Nepal was no expection. Ever since the pageant started, the feminists party has always tried to stop it from taking place. In 2000, while the beauty pageant of Miss Nepal 2000 was taking pace inside Birendra International Conference Convention Centre. Outside was a different scenario, a group of Nepalese feminists were protesting againsts the pageant, their reason was solely that the pageant was mistreating the women and were using them as objecs for commerical use. 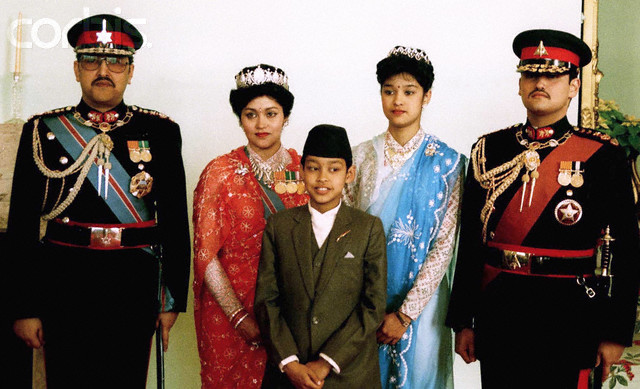 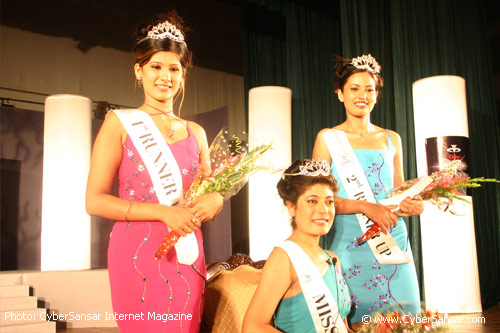 Miss Nepal 2005 - Hidden Treasure wanted to change the format of the pageant in the year 2005. There was a formal interview round inplace of the traditional Top 10 Q&A round. Also, there was a change the format of the top 5 finalsits as there wasn't written final answers but they made the top 5 to answer the final question right at the spot and made the other finalists wait backstage. Even though, the format looked sloggy due to the disorganization the format was following the 1990s Miss Universe era. The reason why the pageant got in so much controversy was not because of the format change but because the crowd favourite Shavona Shrestha ended up as the 1st runner up. The dark horse, Sugarika KC managed to clinched the main title. The news shocked the nepali audience and the day after the pageant, public started pouring their frustration calling the pageant was fixed. 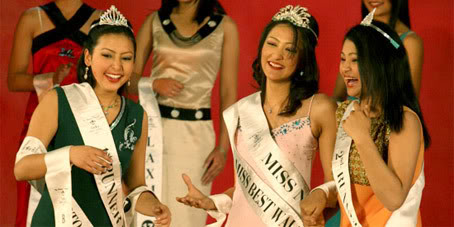 Miss Nepal 2007 - Just like the year 2000, Miss Nepal 2007 pageant was no expection. The nepalese feminists tried to stop the pageant was taking place by marching a protest outside Birendra International Conference Convention Centre. 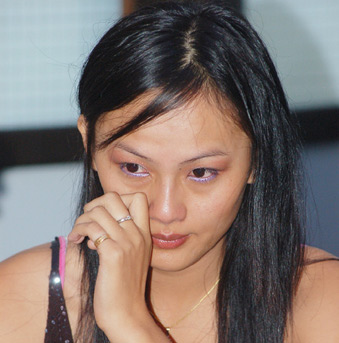 Miss Nepal 2008 - After many years of failure to cancel the show; in 2008 the feminists party started to threatend the pageant by saying that they would use a fake sext tape of a contestant, Zenisha Moktan. If they end up doing the pageant then, they would live telecast Zenisha's fake MMS which in the end turned out to be fake but after postponing the contest after the many times. In the end, the show got cancelled for the second time in the history of Miss Nepal. 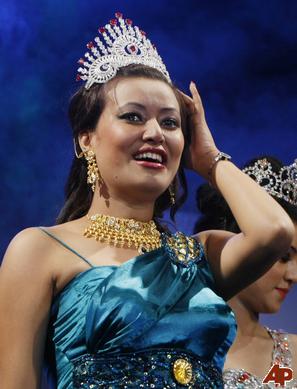 Miss Nepal 2011 - In the year 2011, the pageant took everyones notice as that year the public shown keen interest on the pageant after success in 2010 pageant. However due to the low profile applications, the pageant slowly showed it's crack as the pageant was showcasing live in NTV. Once, the top 5 finalists names were announced the online rant were showcasing due to the distress of the way the finalists were showcased ill fitted gowns from Usha Khadgi Miss Nepal 2000's UR Stylish boutique. Once, the winner was announced just like the year 2005; the public showed their frustration via facebook and other online media to voice their disagreement with the judges. As, the crowd favourite, Anupama Gurung ended with 1st runner up spot.

Reply Cialis 20 mg
10:05 AM on March 26, 2018
You can certainly see your expertise within the paintings you write. The world hopes for more passionate writers such as you who are not afraid to say how they believe. All the time go after your heart.