There are almost over 100 beauty pageants that are taking place on and off around the country. However, only some of those pageants have managed to send their winners to the biggest national pageant of Miss Nepal. In this article we are talking about none other, than one of the most popular regional pageant of Miss Tamang. The pageant which crowns the most beautiful nepali girl from a tamang background. Over the years, Miss Tamang has a good reputation in Miss Nepal pageant as their representatives have managed to get great placements. Some of them include: 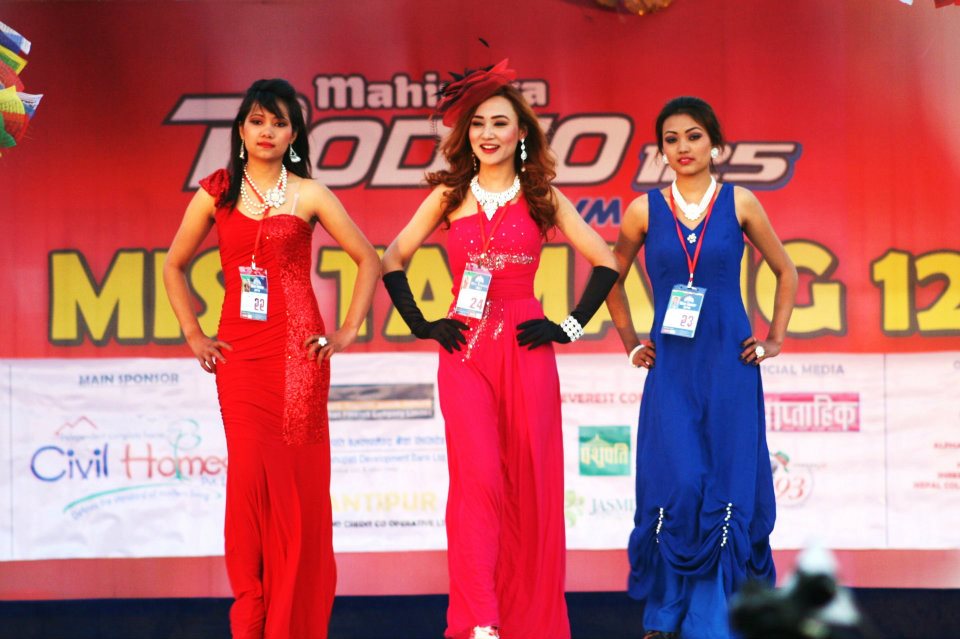 In this year’s Miss Nepal 2014 pageant; Lakpa Tamang is representing the Tamang community. The final event of Miss Nepal is going to be held on May 2 in Army Officer’s Club, which will determine if Lakpa will be the next Miss Nepal. What do you think? Is Lakpa suitable for Miss Nepal 2014?